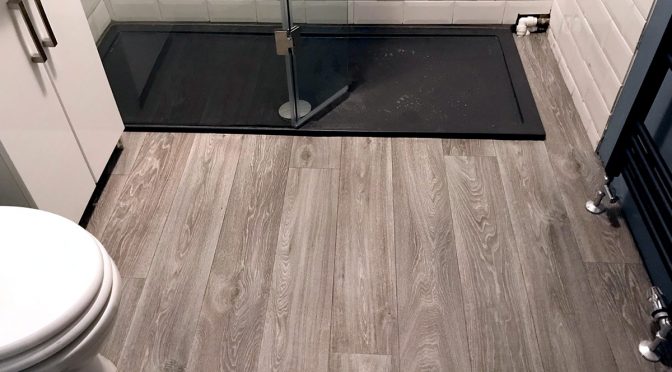 Why replace your bath with a shower?

Given our busy lives, many of us just don’t have the time to enjoy or appreciate a long soak. Rather we prefer to grab a quick shower before or after work. For that reason why not replace your bath with a shower?

In this post, we’ll look at the benefits, what’s involved and the potential costs and also take a look at an actual installation for a recent customer.

What are the Pros & Cons?

Here’s a bulleted rundown of the basic steps that will need to be taken to replace a bath with a shower. We’ll go into more detail later when we look at the Porter-Bailey case study.

Think we’ve missed a basic step? Let us know in the comments below and we’ll add it in if we agree.

It’s all very well talking about this in principle but it’s much easier to see what’s possible with a real-life example.

The Porter-Baileys from Sheffield were looking to replace their bath with a walk-in shower enclosure. They’d arrived at this decision having had two separate leaks from the bathroom into the kitchen beneath.

Water had escaped from a faulty bath waste trap and also from inaccessible plumbing beneath the bath. A long term fix meant having to remove the bath to undertake repairs. Instead of putting the bath back a decision was made to go with a new walk-in shower.

Ongoing this would be a low maintenance fix for what was soon to become a rental property.

In this specific example, the bath was a whirlpool type. That meant not only disconnecting the water supply but also an electricity supply from the water pump that powered jacuzzi jets.

If you have a similar setup you’ll need to ensure your installer is suitably qualified to deal with electrics and supply any appropriate certification.

Whirlpool baths also weigh a ton compared to a standard acrylic bath. Removing them is cumbersome and awkward and can take two persons, especially from the upstairs of an average-sized bathroom of a 3-bed semi in Sheffield!

After removing the bath you can see that some of the floorboards were in need of replacement or repair before fitting the shower tray. Some floorboards were literally just floating and were hanging on a joist at one end only.

It was also necessary to remove and cap off the pipework that was used to provide the hot and cold water supply to the taps. One less potential leak point for the future! Although these were shortened they weren’t completely removed, just in case, a future owner should want to put a bath back in.

Finally, all the plumbing work beneath the floorboards was checked and replaced as necessary. The previous installer had used some push-fit connections. That’s fine if they’re tested and the pipework is prepared. In this instance, one specific joint had been connected to a chrome pipe that had slipped and shown evidence of a slow leak. This tallied with the patch on the kitchen ceiling below.

The Porter-Bailey’s had already been using an electric shower installed over the bath. This had recently been updated so there was no desire to replace this.

With the drain relocated to match up with the shower waste the large rectangular tray could be installed. A modern black tray from Aquatech measuring 1700x800mm with a slate effect was chosen. This was a direct size replacement for the bath it replaced. This is important if you plan to keep the current floor covering. The tray needs to be the same or larger than the bath you’re replacing.

If you need help in understanding the right shower tray for your project see this post.

The stone resin tray not only looked amazing, matching the tall black towel radiator already installed but the natural slate pattern would also provide grip for the feet of future tenants.

In this example, a flat slate-style tray was chosen but you could also opt for a large white rectangular tray with tiling upstands like those from Mira. This approach would make doubly sure that water can’t get beneath the tray from the walls.

Step #4 – Extended the tiling to the floor

When you remove that bath you’re going to reveal whatever was there prior to its installation. That could be just a bare plaster wall or even older tiling.

In this instance, it was a plaster wall. The Porter-Baileys wanted to extend the subway style horizontal styling to the floor or more specifically to the top of the shower tray.

For speed, you could also consider installing bathroom wall panels. These could be installed straight over existing tiles.

Apart from locating the screen upstairs, this process was relatively easy. A Shield VIII 8mm 900mm widescreen was chosen together with a flipper panel to extend the usable showering space and deflect water inwards over the tray.

The built-in adjustment of the wall profile made joining to the wall simple despite the slightly out of true walls of this 70’s semi. When choosing models with slim wall profiles it’s vital you consider whether the walls in your home are a true 90 degrees to the floor otherwise it might not fit.

The resulting tall expanse of the glass looks fabulous over the slate effect tray. It also opens out this tiny bathroom space.

What’s the cost of replacing a bath with a walk-in shower?

Actual shower installation costs will be dictated by your own specific circumstances such as where you live, your current bathroom and plumbing and what products you’re looking to install.

The costs below are sample costs only and are based on the Porter-Bailey installation detailed above which was undertaken in 2019 by a local tradesman in Sheffield. These are also pre COVID prices.

Please note Shower Enclosures UK.com Ltd do not install bathroom equipment and are a hardware supplier only. Nor do we have any affiliation with the bathroom installer chosen in the case study.

We hope we’ve given you some idea of what’s involved in changing a bath for a shower. There are numerous benefits but you need to consider all aspects before starting a project of this type.

If you have any comments or questions please ask and we’ll do our best to respond.

Will replacing a bath with a shower lower the value of my home?

The answer to this is not necessarily. If you have a flat or small house buyers wouldn’t necessarily expect there to be a bath. If you have a home with 4 bedrooms or more buyers with small children might expect there to be a bathtub in order to bath children. Even so more and more people are changing their bath for a shower so it’s unlikely to affect the price negatively as consumer preferences are changing.

Is it easy to remove a bath and replace it with a shower?

Since the bath and the shower tray you’ll replace it with will have a similar sized footprint the process is easy enough. You’ll need to allow a couple of days for the job. Lumbering a bath through your home perhaps down stairways is awkward but not impossible. Our own case study was a little more difficult because the bath was a heavy spa type with additional plumbing and electrical connections.

Hello, my name is Dean.

Together with my business partner we own and operate Shower Enclosures UK.com Ltd.

We’ve been running the business for over 9 years and have amassed a reasonable amount of knowledge and expertise on the subject of shower and bathroom hardware. Enough that we’ve been able to put together a series of blog posts that should make buying bathroom goods that little bit simpler and help answer all the most popular questions.

If there’s anything that doesn’t make sense or needs expanding on please let us know in the comments. You can also reach out to me on LinkedIn

Thanks for taking the time to read our posts.

2 thoughts on “Why Replace A Bath With A walk-in Shower? Considerations & A Case Study”

News, tips and reviews for everything bathroom.

This website uses cookies to improve your experience while you navigate through the website. Out of these, the cookies that are categorized as necessary are stored on your browser as they are essential for the working of basic functionalities of the website. We also use third-party cookies that help us analyze and understand how you use this website. These cookies will be stored in your browser only with your consent. You also have the option to opt-out of these cookies. But opting out of some of these cookies may affect your browsing experience.
Necessary Always Enabled
Necessary cookies are absolutely essential for the website to function properly. This category only includes cookies that ensures basic functionalities and security features of the website. These cookies do not store any personal information.
Non-necessary
Any cookies that may not be particularly necessary for the website to function and is used specifically to collect user personal data via analytics, ads, other embedded contents are termed as non-necessary cookies. It is mandatory to procure user consent prior to running these cookies on your website.
SAVE & ACCEPT